There are so many 'new beginnings' in life.  Today, I begin again.  My sister has been here for the last two weeks.  And we have worked hard to organize and inventory my life's work.  Now, that sounds big, 'life's work'.  But that is what it is.

I began with my work in Houston, Texas.  The inventory started with The Urban Intersections series, which was based on my life in an urban environment.  The work was totally non-objective. 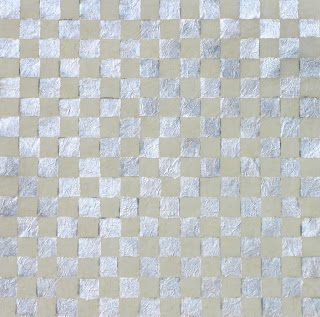 I used the grid based on the square as a metaphor for the urban experience.  I drove the freeway everyday to my studio, and back again.  The sounds that came into the studio were from the freeway, cars, buses, trucks and trains.  My studio was in an old warehouse, with concrete floor.

In 1995, I moved to Taos, certainly not urban.  How to talk about my life in Taos?  It took awhile, the square on the square, no longer worked.  And I wasn't a plein air painter?  There were many false starts.  Maybe I wasn't even sure what the experience was, that I was having?  At last when I added the diagonal line to the grid the work made sense to me, I could think about the irregularities of the land; the rivers, the mountains and the sky. I called this series Fragments, as our lives are based on fragments; thought, and memory... all fragments.  The work was non-objective but the color would carry the meaning, and I found the colors in the landscape of the high desert of New Mexico, my new home.  I experimented with scale and size.  I worked primarily with gouache on watercolor paper, or oriental paper.  I really liked the oriental paper as the work reminded me of fabric.  I did some Fragments in oil on canvas.

I worked on this series for about five or six years.  I find as I am finished or coming to the end of a series, the work begins to be anomalies, experiements outside the series... close but faraway. 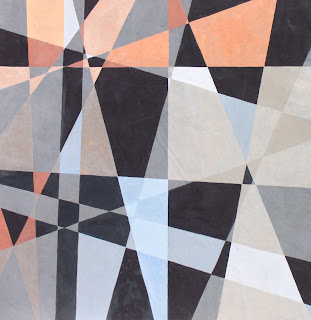 Still working with the grid.

The next series of work, was Fragments II, still with the idea of fragments, but I wanted try to push  what we think of collage.  I would create the collage and then use the collage as a bases for painting.  Most of the Fragment II's were done in gouache on oriental paper.  I like to use gouache because of it's inherent flatness, and this is something I want in my work, flat hardedge. 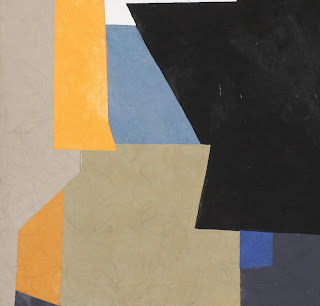 Then I begin a series I called Eternal Cycle, thinking about the cycles of our life; birth to death, morning to night, seasons.

This series could be thought of as a game of time; death and rebirth, seasons and day into night, night into day.  In these images, there are no sudden, sharp boundary marks.  Instead there is a slow gradual change, so slow we are sometimes unaware.

Light into dark, night into day is the basic cycle of life.  The observation of the changing light has been a personal study, a shared experience and my sonstant companion.

Thomas Merton was convinced "that if you let the hours of the day saturate you and you gave them time, something would happen." 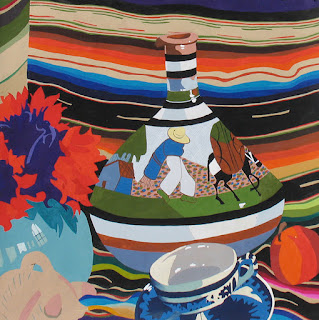 To Market, To Market

A dealer had been asking me to do still life.  It took a while, I had to determine what I had to 'say', about the still life.  I decided that because I lived in Northern New Mexico, I would create work, based on place.  I began to collect Mexican pottery, woven textiles and used local flowers and vegetables, to show that sense of place, since New Mexico was influenced so much by Mexico.  I have been working on this series on and off for the last eight years. 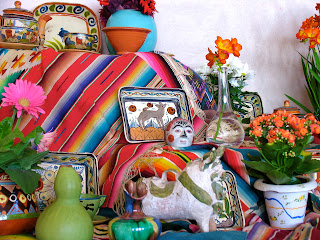 I begin the process by setting up a large still life in the studio.  And I draw.  I have investigated a lot of different ideas about still life.  It seems to me the problem with still life, is that we usually think of realism and the image we create often looks like something we have seen before.  And for me, art should be new, something never seen in exactly the way seen in the painting. 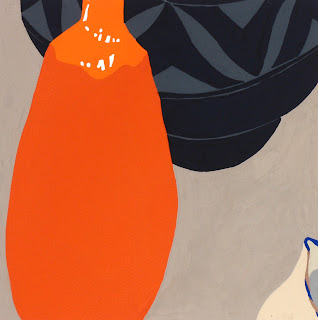 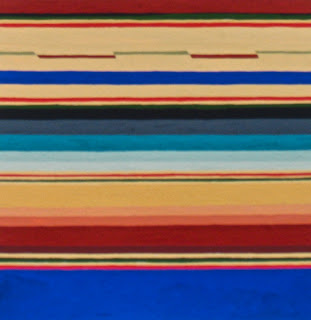 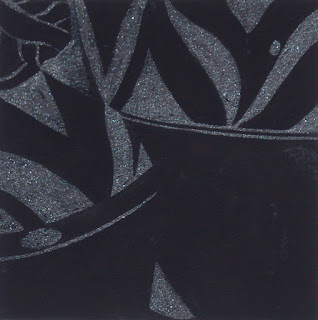 Then I returned to the idea of the grid, and this series is called One Day in the Life... I was thinking that you could tell the story of a man's life, by the selection of one moment, and by studying and observing the quality of the light of that moment. 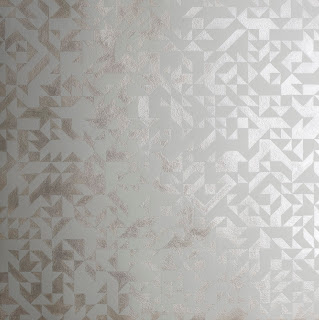 In the beginning of each series, I am excited about my ideas, they seem new, and fresh.  Over times, I have worked through them, and I want to go on to investigate other ideas.  Usually as I am nearing the end of a series, the work is no longer strightly in the series, and often I will make the transition to a new series through a series of drawings. 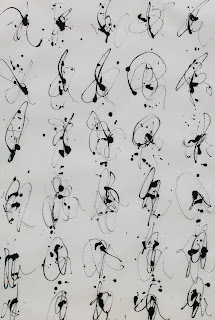 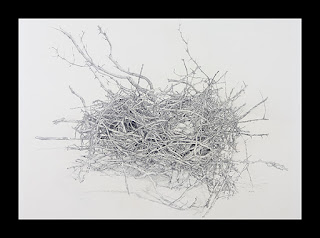 The next series I call, Desert Poems. 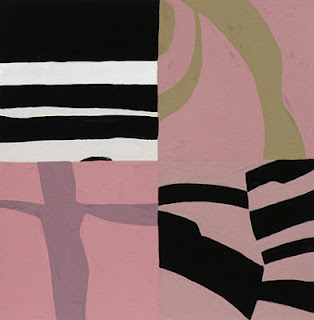 Because I live in Taos, and Taos is high mountain desert.  I begin to go into the desert and drew.  I looked for shapes, and I recorded the color of the light of the day.  Again most of this series was done in gouache on oriental paper or watercolor paper.

Then I became interested in artists' book.  And created several books. 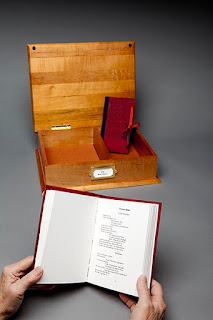 The Red Shoes Artists' Book was a collection of poems from poets from around the world, talking about the creativity of women, and dictated to my Mother.

I continue to work on the idea of still life, seeking a distinctive image for still life. 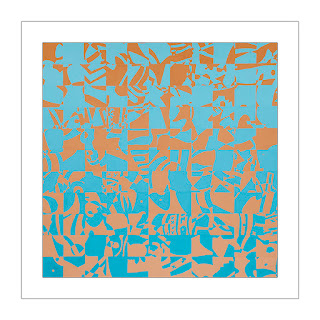 This is where I am today.  Perhaps it has been a month since I have painted.  As I have been working on the inventory.  When I return to my work there will be slight changes reflected....