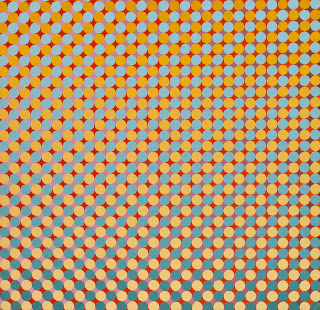 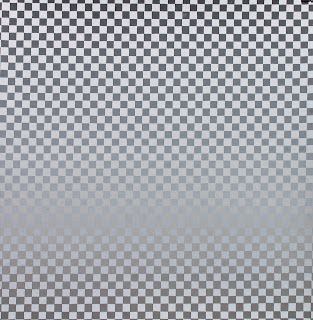 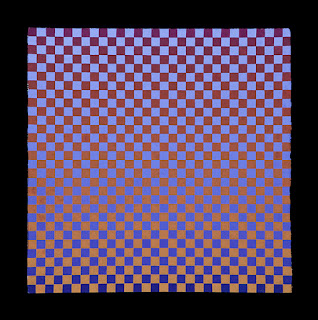 In the Fragments #124  the scale of the grid is one half inch.  I wanted to try using grey mixed with black and white, and a grey mixed with red, blue and green.  I have hoped the viewer would be able to see a difference, but I don't think it works as I had hoped.  I think the difference is too subtle.  The area I call the "tipping point" just looks blurred.  I will try again.  My goal is that one grey will be warm and the other will be cool.

In the second work, Fragments III #125, the size is 30"x30", and the scale of the grid is one inch.  So far I think this is the most successful so far.  I mixed a dark blue, with purple and the red is a cool red, with yellow added.  As you look at the work, from the top,When get to the "tipping point" it is most beautiful as the blue becomes the darker, and the red becomes yellow.  I think one reason this works is because, when you look at the work, you are aware something is happening. 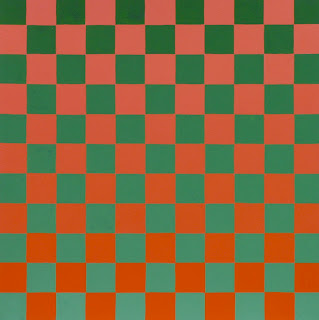 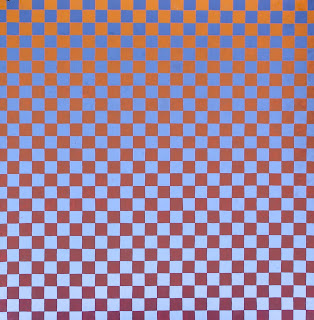 Twenty years ago, my work was about grids, made of the squares. I was using the square as metaphor for the urban experience.  When I moved to Taos, it seeed the square was just too strong, too much "man over nature."  And at last, I added the diagonal line, and it seemed to work for me.  Now after all this time, I am able to return to the grid made of squares, by working with the colors of New Mexico.  The first grid is based on the two inch square, and the second one is based on the one inch square.  In my mind the second works best, just thought I would share and get your opinion.  In the second one you can see the clear light of the New Mexico sky, the red you see in the red rock country, and the light of the early morning, as the sun rises above Taos Mountain. 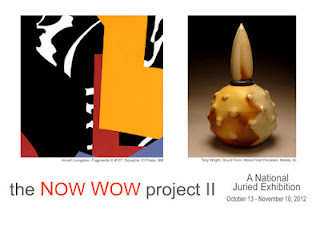